FC Harlingen has had a great weekend. For three days everything was dominated by sports, games, fun, music and conviviality and thanks to the help of the many volunteers it became a weekend to remember. “What was the scourge!” “Everything was arranged so well!” “How I enjoyed myself!” “No dissonance heard and no no sales” “We missed this so much.” “How nice that it was possible again.” “This is fantastic!” These comments and many more positive sounds were heard by the organization. The family weekend was held for the last time in 2019 and after two “family weekend-less” years, everyone was looking forward to it again. The Activities Committee had been working on the program for months and wanted this year to be bigger than ever. And they succeeded in that.

On Friday evening, the football skills of the Walking Footballers were enjoyed with great interest. The Harlinger Oldstars Ouwe Seunen had invited teams to participate and teams from Middelsee, Cambuur and Alkmaarse Boys accepted this invitation. After the lunch, they changed clothes and it was up to chairman Nico Beuker to open the family weekend. On small fields, 6×6 was played and it was fanatical. Strict but fair referees had to whistle regularly because in Walking Football you are not allowed to run and the ball may not be shot higher than hip height. There is also no one on goal. Race director Stijn Kooijman had everything under control and after the games people sat outside at the new picnic tables. While enjoying a snack and a drink, it was the turn of singer Wytze to end the evening musically.

During the Walking Football tournament, penalties were shot on another field. Keepers Pieter Wesseloo, Egbert-Jan Panbakker, Arwen Kuiper and Deveny van der Kooi have the clean task of keeping the goal empty. In the youth there were five winners, in the seniors there could only be one winner. René Metz had to defend his title but he failed to make it to the last five. In the end it was Imro Schouwenaar who took the prize and won Penaltykiller 2022.

Youth football 4×4, dress up football 5×5 and Game Without Borders

Saturday morning it was the turn of the youth football players and under the guise of, nothing is necessary, everything is allowed, there was a large turnout of voluntary registrations. The tournament management managed to make a good mix of it and the youth started competing in their own category in a 4×4 tournament from 10:00. Announcer Matthieu Visser had everything under control again and together with Ingrid Hoekstra all positions were neatly kept. At the beginning of the afternoon the winners were announced and they received a nice prize.

Then it was time for the seniors. From the JO15 you could sign up in your own teams and a 5×5 tournament was played with sixteen teams. The Activities Committee had turned it into a costumed tournament and so the craziest creations came along. From team Gullit, The Goats, The Legends and M&M to Hippies, Beejwatsjes, Bathrobes, Sexy Smurfs and many more playful teams. It resulted in a blistering final between The Goats and Team Zandbult in which the young boys of JO17 The Goats managed to win 3-2. After the award ceremony they moved to the next field where the Game Without Borders was ready. No fewer than eighteen teams had registered for this and the team that managed to complete all nine parts fastest was Team Zandbult. They also managed to win the Hexathlon title in 2019 and now the title Game Without Borders.

After the sports and games part, you could relax with the musical sounds of Benny Bakker. This great singer got his tired legs back up and not even the table was safe anymore. The men of Op Sien Place took over in the evening and so this day also came to a pleasant end.

Well, then Sunday. It’s called hangover bounces. At exactly 11 a.m., the bouncing started for both the youth and the seniors. In the youth there were no fewer than eight parts and the seniors started with 21 (!) parts. This is unprecedented among both the youth and the seniors. After the award ceremonies, this day was also festively ended and a very successful weekend full of sports, games, fun, music and conviviality came to an end. Of course there are more photos, reports and results on our website, facebook page, instagram page and twitter.

A weekend in which all volunteers once again managed to give their all. Thank you very much to the cleaners, the set-up and dismantling staff, the canteen staff, referees, game supervisors and all other volunteers who spontaneously lent a hand. And last but not least the Activities Committee, they deserve a big compliment for the enormous commitment they have shown, together with all those other volunteers. A family weekend cannot exist without all these volunteers. 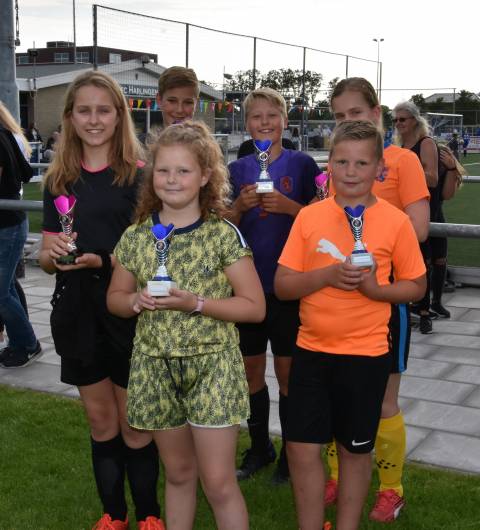 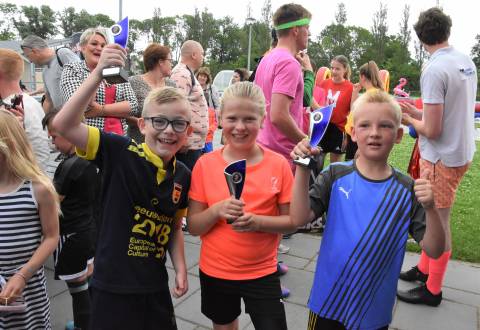 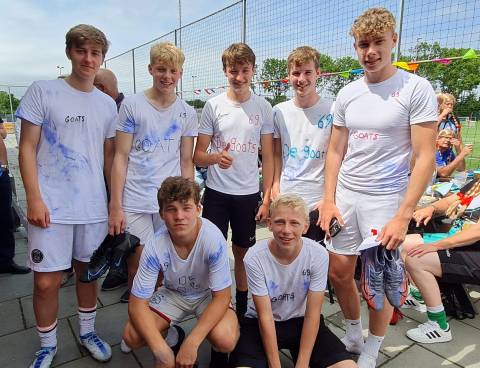