With a period of many changes, the chairmanship of Jan Dirk Beugelaar of the College of Medical Specialisms (CGS) has flown by. But there is still a lot of work to be done for his successor Marielle Jambroes, who will start in August. Together they discuss the course that the CGS has taken to train future-proof specialists.

Having an eye for what is going on across the whole spectrum of medicine. Pay attention to what is going on in the workplace. And have a nose for social needs. Within the CGS you have to have finely tuned senses, says social and health doctor at the UMCU Marielle Jambroes, who has been vice-chairman of the CGS in recent years.

After three and a half years of presidency, general practitioner Jan Dirk Beugelaar can only confirm this: ‘The CGS must be ahead of the troops, but not too much.’ 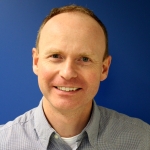 Jan Dirk, under your presidency, the course seemed mainly ‘at full speed ahead’. What all happened?

‘Indeed, many steps forward have been taken. For example, the three framework decisions have been merged into one umbrella decision. Behind the scenes, this has required a lot of effort from all medical associations to come to a joint effort. It has led to great things, such as the new quality supervision that is based on trust in the institutions’ own quality cycle. I consider that a milestone. In addition, we have also organized very practical matters, such as a modern digital and navigable version of the Framework Decision, and video films and infographics to explain topics. And don’t forget corona. We have made a temporary decision for this. This allowed specialists and profile doctors to focus primarily on healthcare and for a while they did not have to take account of regulatory matters such as re-registration.’

What are you most satisfied with?

‘That the Aioss are better represented. When I started in April 2019, there was one resident resident member, usually from cluster 2, the medical specialists, who represented all resident residents. Now we have three resident members, one from each cluster. That is of great added value. For example, when training difficulties arose during the COVID pandemic, we had much more feeling for what was happening in the workplace and we were able to make more substantiated considerations in our policy. Incidentally, CGS members are often appointed from their association, but everyone thinks along independently in the interests of the entire profession. I am also proud that all these years we have always been able to make decisions based on consensus. Even if not everyone thought exactly the same.’

And what do you hand over to Marielle?

‘Further shaping the specialist landscape. Marielle knows all about it from her chairmanship of the committee that deals with it. She has a clear vision in that area and I think that, after my pragmatic presidency, there is now a greater need for a CGS chairman who can propagate and convey a new vision for the future. And at the same time manages to balance the tension between being a catalyst for change on the one hand, and taking the time to let new ideas land on the other.’

Marielle, you were already vice-chairman of the CGS and chair the committee that advises on the specialist landscape. What appealed to you about the chairmanship of the CGS?

‘Training medical specialists is close to my heart. As a trainer I contribute to the quality of care. Within the CGS I also carefully look at what will be needed in the future: from society and from professionals. I also notice that the members – administrators and doctors from all three domains – work together respectfully and smoothly. This is often more difficult in daily practice. I think the CGS is a good example of interprofessional working and network care.’

How do you view the developments of recent years?

‘This is an opportune moment to see whether adjustment is necessary in the course that has been set. Take the specialist landscape: the trend is for doctors to specialize more and more, but society also needs generalists. We are dealing with more elderly people, more multimorbidity and people who are living at home longer thanks to new technologies. As doctors – as stated in the updated KNMG code of conduct – we have a responsibility that patients can count on good and cost-effective care, without under- or over-treatment.

But it is also a problem in practice: now duty rosters sometimes do not come through because super specialists have insufficient mastery of the basics. Another development is taking place with the new generation of doctors: they do not always want to carry out the same profession for forty years. That requires a more flexible training structure and more opportunities for flexibility in professional practice.’

‘Interprofessional working and a focus on network medicine are already part of many training plans, but I think we need to go one step further to provide direction. Super specialists will remain necessary, but the relationship with generalists will have to shift. You could think of a system with more emphasis on basic specialisms. That would also benefit the labor market: people in training have wider options and can change their choice during or even after the training without having to start almost all over again.’

How are you going to realize that?

‘The CGS can want anything, but of course we do it together in the end. Both with the professional group and with the institutions: a change in medical care also affects other professional groups and patients. Our vision therefore requires support for our regulations, by clearly and transparently explaining the goal we aim for with each change, and the possibility of participation and dialogue. That is what I would like to do in the coming years: to shape the specialist landscape of the future together.’