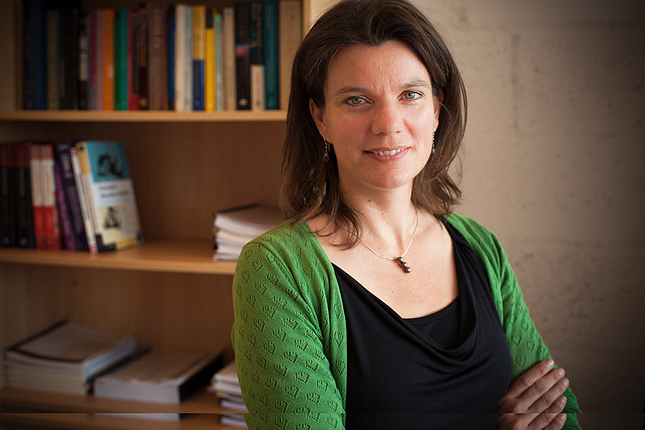 The corona crisis is not over yet, or we are already in the next one: Putin violently invades Ukraine and threatens with nuclear guns. Even if the war comes to an end soon – let’s hope so – we’ll still have a climate crisis, a nitrogen crisis, and a biodiversity crisis just around the corner.

Global problems affect us all, but as always in a crisis, some are hit harder than others. What about our young people, who grow up in an environment that is constantly under threat? Does a crisis hit harder because their brains are still developing, or are they more resilient because of that?

And why do some adolescents deal with a crisis very differently than others? We spoke with professor of neuropsychology Karin Roelofs. She is involved in the Nijmegen Longitudinal Study (NLS), an extensive study in which children have been followed in their development from their first year of life for more than twenty years.

Can anything be said about the impact of stressful events such as the war in Ukraine on the brains of adolescents?

“That is difficult, because it remains to be seen how much stress young people experience due to the war in Ukraine. My children, aged 15 and 17, are still surprisingly little involved with it after the initial shock, probably because the nuclear threat has no concrete impact on their lives. That was very different with Covid-19. They had to stay indoors and couldn’t go to parties. Many children are happy that they can go outside again, they experience more freedom than war.”

The corona crisis has more impact, because it directly affects young people?

“Yes, while the war is far away – at least for now. Of course, that doesn’t apply to everyone. It’s already different when you take in a refugee from Ukraine, or your parents are bent because they can no longer pay the energy bill. Then the crisis will become very concrete in the lives of young people.”

This will not apply to all young people, Roelofs emphasizes. “Some young people are very involved in world politics. They read newspapers, worry about the climate and human rights.” A stressor does not always have to be concrete and tangible. “Sometimes there is such a vague tension. It can hang in the house because parents are tense, but maybe children will also pick up on it when there is such a vague tension in the world. I think it would be interesting to do more research into this: how concrete must a problem be before it reaches young people?” 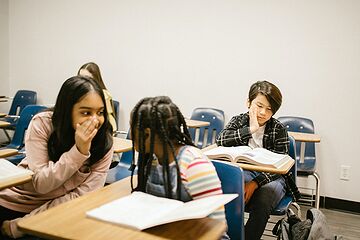 Karin Roelofs: “Complaints such as anxiety and depression often develop during puberty.” 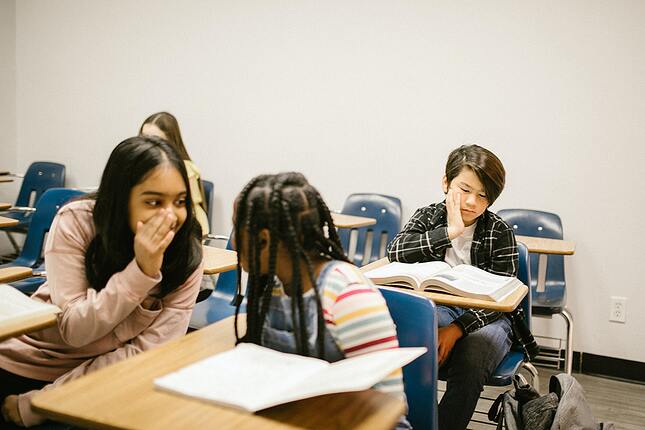 If you experience radical events at a young age, the effects can still be visible in the brain years later, says Roelofs. But how drastic an event is can vary greatly per person and age group. “We know from research that young children (1-5 years) are especially sensitive to personal events (an accident, a house fire or illness). In older children (14-17 years), social situations have a much greater effect on brain development, especially relationships with peers.”

Featured by the editors

War trauma is not only in your head

Searching for the origin concerns us all

There are teenagers who are very concerned about threats such as the climate and nuclear war. Can a teenage brain handle that?

“Puberty is a vulnerable period, with many hormonal shifts and an emotion regulation that is not yet fully developed. Complaints such as anxiety and depression often develop at that age. That makes you more sensitive to experiencing an emotional situation, because you can regulate it less well. But in our study we also saw differences, some adolescents can handle stress better than others.”

Why do some adolescents react more strongly to stress than others?

“We know that early childhood events matter. If you experienced stressful things early on, you can react more violently to stress and tension later on. It also helps if you have a protective buffer, such as a healthy social network with parents and peers who are there for you. And then there’s your genetic makeup that determines how sensitive you are to stress. All those factors play a role.”

To know if your teenage son or daughter is worried, there’s only one thing to do: just ask them. That can’t hurt, says Roelofs. “I think it would be nice to talk to them about it: does this affect you now?” So don’t try to avoid sensitive subjects. “To develop properly, the brain needs challenges. If you keep your adolescent indoors all day, away from all problems, the brain has little chance to prepare for the challenges of the world.”

But too much challenge and stress is not good either, cautions Roelofs. “A adolescent brain is extra sensitive to experiencing unpleasant events.” Many important areas of the brain such as the forebrain are still under development. The more you use your forebrain for emotion control, the more resilient you are to the severe consequences of trauma. Roelofs knows this from an investigation with young officers at the start of their training. “We saw that those agents who used their forebrain more during emotion tasks, developed fewer complaints a year and a half later after experiencing violent events.”

If you have to use your forebrain (the blue areas), you inhibit the tonsil nuclei or the amygdala that are important for emotional actions (the red areas).

How do I do that, use my forebrain?

“We gave our test subjects a task. They were shown angry and happy faces, and they had to pull them towards them or push them away. People find it more difficult to make an angry face than a happy face. In the scanner we see that they have to use their forebrain (the blue areas in the picture) and thereby inhibit areas that are important for emotional actions (the red areas in the picture). After all, you have to perform a counter-intuitive response, which takes cognitive control, and then you use your forebrain.”

Is there a way to train that forebrain so that adolescents become more resilient?

“The question is whether we want that. We see that brain maturation proceeds much faster in puberty if children have experienced a lot of stress in the past. This had also been observed in animals before. Those animals were also faster ready for reproductive functions. Then you can think: great, then you will grow up and become independent faster, but it’s really just a shame. Puberty is a ‘window of opportunity‘ in which the brain adapts to the environment by making new connections. So it might not be all that beneficial to develop quickly. It’s fine to have a nice period of puberty.”

“Stress is useful, because it is important that you learn to deal with it. But if the stress is so great that you no longer see a perspective for action, which could happen to the climate problem, then I don’t know whether that is still useful. It’s better to experience the type of stress that you can deal with, that prompts action. You now see children going door to door to collect things for Ukraine. The complexity of the war may not yet fully sink in, but that’s a good thing. It ensures that they can do something, even if it is only very small.”