On April 29, during ‘Thinking Planet: from ego to eco’ we will look for new ways to relate to our planet, other inhabitants of the earth and future generations. Register here for the event in the Studio of NEMO Science Museum (Amsterdam).

Suddenly everything turned out to be possible: we stopped shaking hands, did our work from home, and exchanged a flight to Mallorca for a camping holiday in the Netherlands. During the corona crisis, we accepted far-reaching measures, all for our health or that of our loved ones. Apparently we are able to drastically change our behavior. Does that give hope for our approach to climate change?

According to the French philosopher Bruno Latour, we should not hope for that too much. Suppose our government says tomorrow: we will stop with oil and gas immediately, because we have to save the climate. “That will be a revolt,” says Latour. And rightly so, he says: “States have the right to become an exception state when citizens die, such as during pandemics, but it seems terrible to me if this is the model for the next crisis around biodiversity and climate.”

Latour calls this ‘eco-fascism’ and he does not want to be associated with it. Yet he is deeply concerned about the way we are depleting the earth. The philosopher became world famous for his work on science and technology, but he now seems to be completely captivated by ecology. There is no such thing as unlimited innovation and development, now that the ecological consequences of human actions are coming to the fore. Man is no longer the protagonist on the battlefield, according to Latour. The earth strikes back.

Many people see technology and ecology as completely different areas. What do they have in common?

“When I made the switch from technology to ecology, I realized that exactly the same questions are at play in both disciplines. An organism must constantly adapt to its environment in order to survive. This resembles the demand for innovation in technology, which has nothing to do with a straight line of progress, but rather with a multitude of complex interactions. For me it always revolves around the same question: how can a living organism maintain its conditions of existence? The only difference is that technology is a human invention and ecology is not.”

Bruno Latour: “The Dutch who furnish their land with technology do the same as termites who build their mounds.” 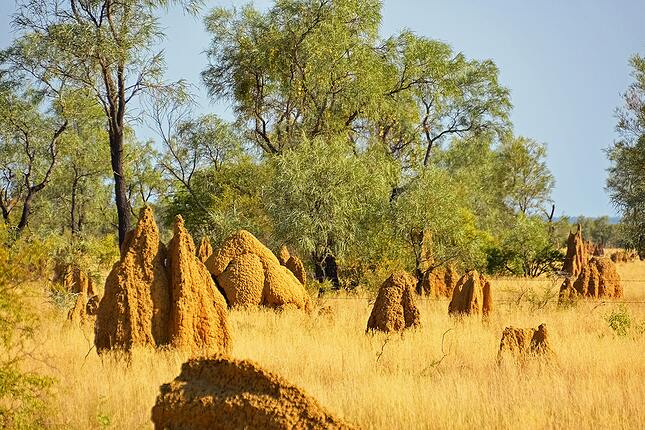 That is precisely why people see technology and ecology as opposing disciplines.

“Because people still think in the old ‘nature-nurture’ distinction. You can no longer use those concepts. Dutch people who design their country with technology do the same as termites who build their mounds. Whether you are a beaver, a termite, a bird or a Dutchman: you are building a place to live. A built environment.”

“Technology isn’t about things, it’s about ecosystems, or let’s call it ‘niches’. Nature and culture come down to the same thing: certain life forms do something, so that other life forms have to adapt in order to survive. A new technology opens up a new ecosystem and we are part of that. The big difference is in the scale. The way we humans build our niches has devastating effects on other built environments. That is why our time is called the Anthropocene.”

Why don’t we act? Scientists are clear enough, we have a climate agreement, we know what to do.

“That’s exactly the problem: we don’t know what to do at all. We can explore, we can learn, but we don’t know. In technology studies you learn that you will only find a solution if you do not understand technology as a linear process with one solution. You always explore multiple solutions. Imagine a total change of nine trillion people, within the limits of the earth, with all these different identities. That’s difficult!”

Featured by the editors

War trauma is not only in your head

Searching for the origin concerns us all

“So no, I wouldn’t say we know what to do and it’s up to the politicians who don’t act. The politicians don’t act, that’s true, but neither do we. We are all paralyzed by the difficulty of switching to a different view of society, which is no longer modern and industrial. That’s why millions of people are voting for Trump: they don’t love him as a person, but they love the way he says he doesn’t care about this difficult question.”

Would all those people really not care?

“Getting serious with this question is a nightmare. You’d rather hear it’s a fake problem. We park the demand, at least for a few years. Ultimately, that won’t last.”

How can you expect people to act if they don’t know what to do?

“We don’t know what to do because we don’t know where we are. It’s a problem of localization. We thought we lived on an earth that was inexhaustible. That idea of ​​an unlimited Earth, invented in the seventeenth century, was a utopia from the start. Now we suddenly have to learn to live in another world. How do you do that? That is not a political question, not a technological question, not an ethical question. It is all these questions at once.”

“We have to relocate. A new ecosystem is emerging, of which we do not know how things are connected. We shift to another ground. On this new ground we can do things we couldn’t do before. Such a shift scares many people. Rightly so, it is also difficult.”

“All you can do is describe and explore where we are in different ways. That requires imagination. That’s how we’ve always done it. In the seventeenth century, during the scientific revolution, we began to see planet Earth in a scientific way. We invented all kinds of new techniques. Learning to live on another planet has already been done by an infinite number of people.” 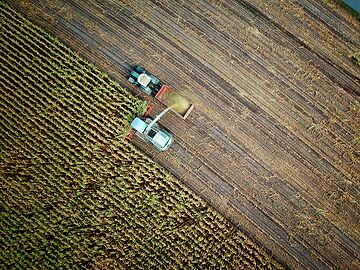 Bruno Latour: “Our imagination is paralyzed by the old idea of ​​progress. The problem is that there seems to be one direction.” 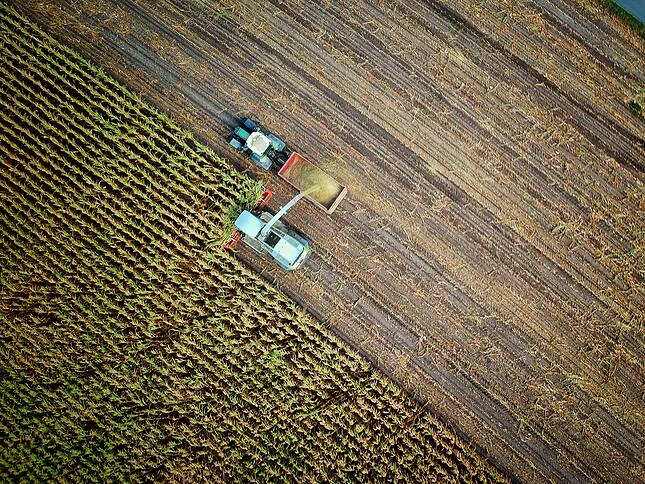 What makes it so difficult then?

“Our imaginations are paralyzed by the old idea of ​​progress. The problem is that there seems to be one direction. You can see it in the agricultural crisis: we are completely stuck in our thinking about progress. The idea of ​​’continuing’ gets in our way. With any innovation or new technology, you have to ask the question: how many other things are connected to it? What is lost? What is the profit? Technology is never in the thing. It’s about what it does. Again, we are talking about ecosystems. Each technique opens up new ecosystems and can destroy other built environments. You have to investigate the possible consequences. Imagination is what we need.”

Is it best to leave that to scientists, activists or artists?

“We need all three. We have to reinvent the land we stand on. We cannot leave that to scientists alone. Activists and artists are also needed, precisely because such a new ecosystem is difficult to imagine. Without the activists, without the scientists and without the artists, CO2 in the atmosphere would be very distant from us. Then you wouldn’t get hot or cold from CO2. Now we tremble, the ground shakes beneath our feet. Is it because of the activists, the scientists or the artists? Say it. The reason why I not only write scientific articles, but also participate in exhibitions and games, is because I am convinced that we have to do all these things.”

Why are facts not enough?

“If you write an article in the newspaper, it will be read by certain people. When you play a play, you attract other people. When you conduct an experiment, you reach others. I am a pragmatist. Each medium has its own effectiveness. You cannot enrapture all people with a text. You need experiments. A scientist needs data, which requires a whole range of skills and equipment, such as satellites in the case of climate. Only in this way can you convince enough people. Can you imagine what it takes to convince a Trumpist that the climate is not a Chinese hoax? We must try everything. Everything.”

This is an (shortened) adaptation of an interview with Bruno Latour that previously appeared in Down to earth. Technology for do-gooders, Lianne Tijhaar (2021). 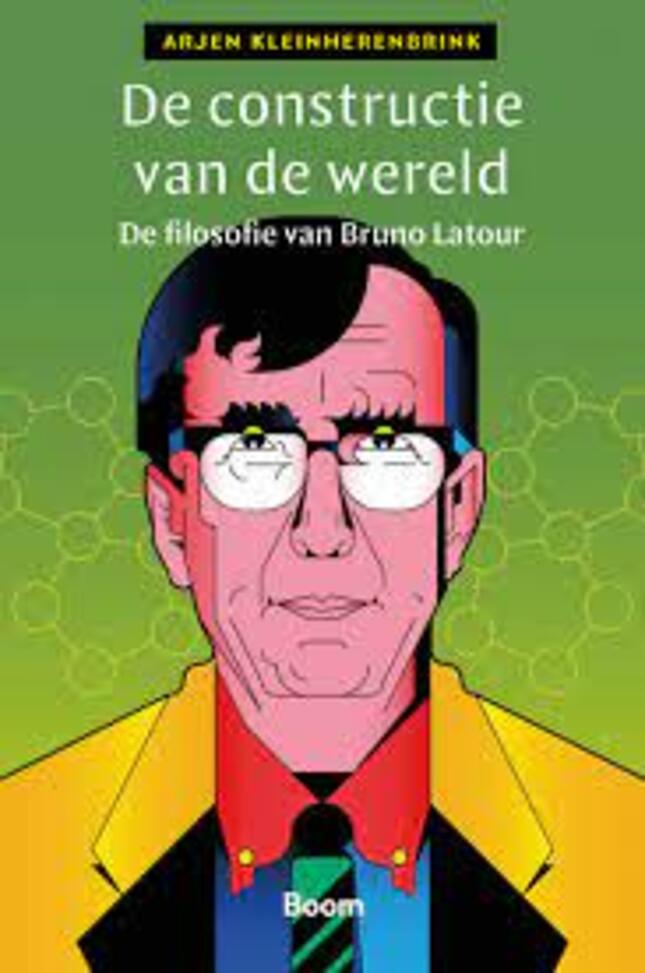 Arjen Kleinherenbrink (2022), The construction of the world. The philosophy of Bruno Latour., Boom Publishers Amsterdam.

In 1994, the general public in the Netherlands first became acquainted with Bruno Latour through the Noorderlicht episode ‘What is science?’ which was broadcast by the VPRO:

In it he tells that the idea of ​​’discovering’ is misplaced, as if facts are ready in reality to be discovered. Neurons, light waves, electrons and DNA are not things that existed ‘out there’ in reality before they were discovered by scientists. They are the product of scientific research.