Academics betray their students by failing to organize around the climate crisis. This sounds harsh, but it is true. Because what’s going on? Political leaders in this country and elsewhere are unable to resolve the climate crisis. Global CO2 emissions reached new record highs in 2021 (IEA figures) and emissions in the Netherlands also increased again. Everyone feels this is a big problem, but nothing is happening: no academic strikes, no political lobbying, nothing.

Scientists praise the students of Fridays for Future but (except for a handful) are reluctant to stand side-by-side with them, while scientists par excellence are highly regarded by the population. Their involvement would give the climate movement a foundation for legitimacy and political power. the academic inaction, on the other hand, means that the climate crisis will escalate further and that young generations will soon be left with the baked pears. This borders on treason.

Academics should take their own conclusions seriously

The report of working group 2 of the IPCC climate panel was published at the end of February. The final conclusion of the Summary for Policymakers is as follows:The cumulative scientific evidence is unequivocal: Climate change is a threat to human well-being and planetary health. Any further delay in concerted anticipatory global action on adaptation and mitigation will miss a brief and rapidly closing window of opportunity to secure a liveable and sustainable future for all. (very high confidence)”

If academics take their own scientific conclusions seriously, it is clear that the political-economic direction must be radically changed. Time is ticking: tipping points in the climate system are moving, the Amazon is about to collapse, we even have to consider the collapse of our civilization before the end of this century. Without exaggeration, we are in the most perilous era humanity has ever found: the living conditions of all future generations are at stake. Humanity must grow up, or go under while Netflixing. Very high confidence†

It’s easy to make excuses for why academics shouldn’t get involved politically. For example, by going along with the false narrative of ‘sustainable development’ and ‘green growth’ that our leaders use. Or by believing that ecological problems will magically disappear through technological innovation. Or by becoming cynical: humanity is doomed and that is its deserved fault. Or by not seeing a role for yourself, because this is not in your job description. And isn’t political lobby a threat to scientific integrity?

Psychologists Iain Walker and Zoe Leviston refer to such reasoning as ‘implicative’ climate denial. This does not so much downplay the existence or seriousness of climate change, but the implications it has for our moral actions. Instead of taking real responsibility, people congratulate themselves on the small steps they do take, such as installing solar panels – steps that ultimately don’t work.

The psychologists argue that implicit climate denial may be more harmful than banal denial. Whoever implicitly denies, radiates non-verbally that enough is being done and thus maintains the status quo; the bystander effect. This effect is probably stronger for academics. Do the experts on TV look imperturbable? Then we can go to sleep peacefully.

Academics must take up the fight

Unfortunately, political change does not come from delivering even more alarming reports, at least not in isolation. We will also have to fight for it. Climate activists have been doing this for several years, but partly due to their small numbers, we have not yet seen a change in global greenhouse gas emissions or ecological thinking. It is therefore essential that other groups also actively engage in the political-democratic process, in order to secure a viable and sustainable future. There is no shortage of solutions for climate and ecological problems in the scientific literature; it mainly comes down to organization and strategy.

Academics play a unique role in this. First, we are good at reading scientific literature which allows us to understand the situation better than anyone else, although we too do not understand all the challenges equally sharply. Second, we are usually privileged with our jobs, our communication tools and our organizational skills. Finally, academics still enjoy a high degree of public confidence and our independence and authority are the foundation of political power. The reverse bystander effect: when academics take action, it really means something. And no, when they do this, it is not at the expense of scientific credibility.

Don’t hide what awaits us

What to do specifically? It starts with the recognition that we are in a very precarious situation and that the current political-economic system has facilitated this. The next step is political organisation: do people use the university or college as a vehicle or do they prefer to organize themselves outside of it? What support is required from the employer? What is the message, the method, the escalation strategy? The goal must be to create political will and force a breakthrough. As you know, there is very little time. Speak, therefore, without thinning your mouth, tell it like it is† Paradoxically, the moment leaders begin to seriously consider the possibility of social collapse, we may be able to avoid it.

I would like to end with a quote from Nobel laureate Sherwood Rowland. †What’s the use of having developed a science well enough to make predictions if, in the end, all we’re willing to do is stand around and wait for them to come true?† 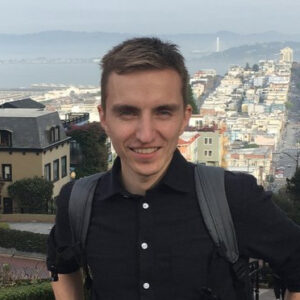 Climate modeler at Utrecht University and active at Scientists For Future, Scientist Rebellion and Extinction Rebellion.