Most international oil and gas companies continue to operate in and with Russia, despite global condemnation of the war in Ukraine. European energy companies hardly seem willing to end their Russian cooperation projects and the largest financiers of the Russian fossil industry are also refusing to stop their activities for the time being.

This was announced by the German environmental and human rights NGO Urgewald and the Russian environmental NGO Ecodefense as part of their campaign Defuel Russia’s War Machine.

While the Russian military commits war crimes against civilians, international oil and gas companies continue to maintain their interests in oil and gas partnerships with Russia. These joint ventures keep money flowing into Russia’s war treasury through royalties and taxes.

‘These companies were already making a profit at the expense of our climate; now they also fund Putin’s war.’

Only a handful of Western oil and gas companies have announced that they are leaving their Russian joint ventures. But these companies have not canceled their cooperation with Russian fossil fuel companies outside Russia either.

The campaign also identifies the largest financiers of the Russian fossil fuel industry. The majority of these financial institutions have not yet announced plans to cease operations.

The two NGOs demand an immediate boycott of fossil fuel imports from Russia. They also call on foreign companies to stop their coal, oil and gas production in Russia and to dissolve all joint ventures with Russian energy companies in Russia and abroad.

“Since the invasion of Ukraine, we have heard countless companies say they condemn Russia’s violence and aggression. However, our research shows that most energy companies are refusing to put their money where their mouth is,” says Heffa Schueckingdirector of Urgewald.

With a few exceptions, international oil and gas companies and European utilities are keeping their ties to the Russian energy sector intact, Schuecking said. ‘These companies were already making a profit at the expense of our climate; now they also fund Putin’s war. We call on them to cease all energy imports from Russia and end all joint ventures with Russian companies, both in Russia and abroad. If they don’t have the will to do that, governments have to step in and eventually impose sanctions.”

The French TotalEnergies remains closely involved with the Russian Novatek with various projects.

Despite expressions of support for Ukraine, the vast majority of international oil and gas companies continue to operate in Russia. With a total of fourteen joint ventures with oil and gas companies Gazprom, Rosneft, Novatek and Lukoil, foreign money continues to fill the Russian treasury.

Shell, BP, Exxon Mobil or Equinor, among others, announced their departure from Russia as a result of Putin’s invasion, but companies like Vitol and Trafigura seem determined to maintain the partnership with Rosneft on the Vostok oil project. 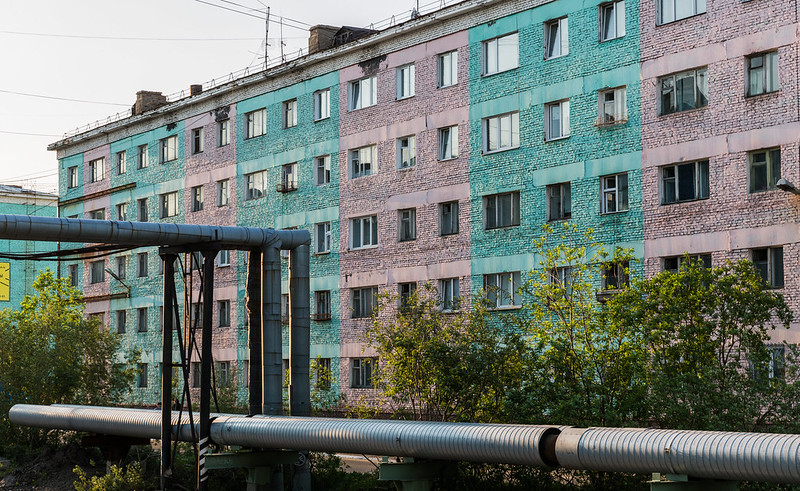 The German Wintershall Dea also maintains its three joint ventures with Gazprom in Russia (accounting for almost half of its fossil production) and the French TotalEnergies remains closely involved with the Russian Novatek with various projects.

In addition, according to research commissioned by the two NGOs, 41 international oil and gas companies in 34 international joint ventures are working with Russia’s Rosneft, Gazprom, Lukoil and Novatek to extract oil and gas elsewhere in the world.

Because even though Shell and BP have stopped their projects with Rosneft in Russia, they are still working with Russia’s Lukoil on oil and gas projects in Asia and the Middle East.

But the leader in these international partnerships is the Italian company Eni SpA, which has eleven active joint ventures with Lukoil, Rosneft and Novatek. These run largely on offshore oil and gas exploration, and are therefore particularly harmful to the environment. In addition, TotalEnergies and Wintershall Dea are important Russian allies, each with interests in six joint ventures outside Russia.

US, China and Qatar

The survey also found that the global banking sector provided a total of $72.7 billion in financing to Russia’s major oil and gas companies between January 2019 and March 2022. As a bank, JPMorgan Chase invested most in Russian oil, followed by China’s Eximbank and the China Development Bank.

“The actions of our financial institutions consistently perpetuate the status quo of Russian energy imports.”

In addition, foreign (non-bank) investors held $1.5 billion in bonds and $71.1 billion in shares in the Russian oil and gas industry in March 2022. The largest investor is Qatar’s Investment Authority. Also US-based mega-investors Capital Group, Vanguard, BlackRock, GQG Partners, Invesco and Fidelity Investment own billions of dollars worth of bonds and stocks in Russian oil and gas.

Subscribe to our newsletters and stay informed of the global news

“These recent figures are incompatible with the West’s moral stance and condemnation of the invasion of Ukraine,” he said. Katrin Ganswindt, head of financial research at Urgewald. “The actions of our financial institutions consistently perpetuate the status quo of Russian energy imports. This behavior is fueling the war in Ukraine and exacerbating the already serious climate crisis.’

“We call on international banks, investors and asset managers to immediately stop providing financial services to the Russian fossil fuel industry and divest it once and for all. And financial institutions must cut ties with fossil fuel companies that maintain their joint ventures with Russian energy companies.”